Obama in the Arctic- The Climate Minute Podcast

The President went to Alaska to highlight the issue of climate change.  The region is warming faster than lower latitudes, and is a hint of where we are all going. In addition to being a tragedy in its own right, the warming of the Arctic opens new and dangerous space for international competition. Finally, was Obama hypocritical or pragmatic in his disconcerting support for Arctic drilling while warning of the apocalypse? We discuss. 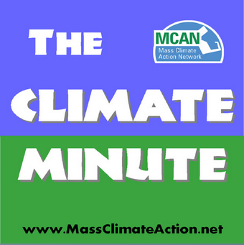