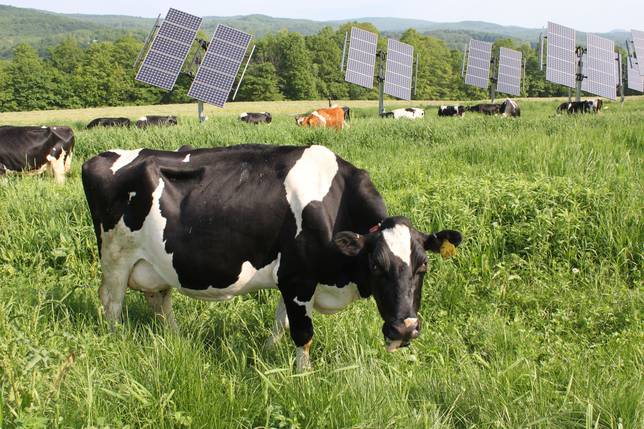 It’s obvious Massachusetts residents are passionate about animal issues - accomplishing a tremendous feat, over a thousand volunteers gathered 100,000 signatures in 66 days to get Question 3 on the ballot.

But did you know that factory farming is a major climate change issue, too?

According to the Food and Agriculture Organization of the United Nations (FAO), the animal agriculture sector (made up primarily of large-scale factory farms)—which includes the production of feed crops, the manufacturing of fertilizer, and the shipment of meat, eggs, and milk—is responsible for 18% of all climate change-causing pollution, measured in carbon-dioxide equivalent. In fact, the farm animal sector annually accounts for:

That's why MCAN is teaming up with the Citizens for Farm Animal Protection to draw attention to this important issue, which is on the ballot in the November election as Ballot Question 3. Instead of confining animals in factory farms, we encourage supporting local farms that treat animals well and even produce clean energy from their animals, like “cow power” (electricity from methane emitted by cow manure).

In addition to MCAN endorsing the campaign, a major endorsement for this cause comes from author Bill McKibben, the founder of 350 and long-time climate activist. His work as an author and environmentalist has been essential in bringing the climate issue to the forefront, and his support on this issue won’t go unnoticed.

Want to do more on this issue? We can help you put together a forum on climate change and factory farming in your town. Please contact us at info@massclimateaction.net to find out more, and put "Factory farming" in the email subject line.

A little more about question 3, from our friends at Citizens for Farm Animal Protection:

Question 3, if approved, would phase out extreme methods of farm animal confinement. The ballot initiative covers calves for veal, pigs for pork, and hens in the egg industry. Calves are often chained by their necks in crates too small to sit, turn around, or lie down comfortably. This severely inhibits their natural muscle development. With pigs, the concerns are similar: not enough room to sit or turn around, inhibited muscle development, and being denied mental stimulation. For hens, the conditions are the same but the impacts are different. They’re unable to spread their wings and they aren’t able to engage in their natural behaviors, including perching, nesting, and foraging. The cages are sometimes packed with five or more birds. This can lead to bone fractures, feather loss, metabolic disease, and death.

These inhumane conditions are referred to as Concentrated Animal Feeding Operations (CAFOs). CAFOs actually release more greenhouse gases than the entire global transportation industry. The methane released from billions of imprisoned animals on factory farms are 70 times more damaging per ton to the earth’s atmosphere than CO2.

Voting “yes” on Question 3 will be the first step in protecting these farm animals - and the climate!  The measure will ensure that products from cruel and unsafe confinement systems aren’t sold in Massachusetts, setting a needed precedent for getting rid of factory farms, which are inhumane and terrible for the climate and the environment. It will NOT affect liquid eggs or products that include eggs, veal, or pork as one of the multiple food items.

In addition to protecting the animals, a “yes” vote on Question 3 protect consumers as well. Industrial animal operations that cram too many animals into cages promote the spread of diseases. Overcrowding in hen cages leads to higher rates of Salmonella. Often, animals kept in these extreme confinement conditions live off their own waste and are heavily drugged, tainting the food that we eat. These drugs are normally in the form of antibiotics. The antibiotics become a threat to the environment when they run off into lakes, rivers, and our drinking water. By banning these types of confinement, we are improving the health of the animals as well as the health of consumers.