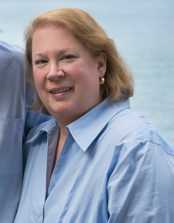 Janet is an environmental attorney with over 30 years of experience working with federal, state and local government and nonprofits on a wide range of environmental law, policy and regulatory issues including climate change adaptation and mitigation, natural resources protection, clean energy, toxics reduction and sustainable land use and smart growth. Janet served as Director of the Town of Wellesley Natural Resources Department for over 16 years and previously was Director of the Needham Conservation Dept., worked with the Mass. Executive Office of Energy and Environmental Affairs and began her career at the Mass. Department of Environmental Protection.

Janet holds a B.A. in Environmental Science from Middlebury College and a J.D. from the Boston University School of Law where she was elected President of the Environmental Law Society. She has worked on a wide range of political, community and grassroots campaigns and has served on a number of governmental advisory committees and organizations including the Mass. Municipal Association’s Committee on Energy and the Environment, Vice President of the Mass. League of Environmental Voters, President and Co-Founder of the New England Environmental Law Society and the Dover Conservation Commission. She lives in Dover with her husband and has two grown children.

In over two decades of service to the City of Cambridge, including two years as its Mayor, Henrietta Davis has focused on creating a healthy and livable city, concentrating not only on energy and the environment, but also on pedestrian and bicycling safety, neighborhood preservation, housing, aging in Cambridge, and children's health and education.  Davis made collaboration between the city's universities, businesses and the Cambridge community a hallmark of her term as mayor.  She is now a member of the Cambridge Net Zero Task Force, a municipal advisory committee developing a long-term plan to reduce carbon emissions, aiming for zero emissions by 2050 through energy efficiency and generation of renewable energy.  Additionally, she has spoken on sustainability initiatives here and abroad.  Henrietta Davis graduated from the University of Rochester, holds a Master's Degree in Social Planning from Boston College Graduate School of Social Work, and a Master's in Public Administration from the Harvard Kennedy School of Government. 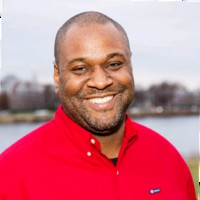 Shawn Jones is an Assistant Director for Center for Sustainable Energy (CSE) where he supports the organization’s business development activities in the Northeast recommending partnerships and applicable programs to fund demonstration projects for the region for CHP, electric vehicle (EV) infrastructure, distributed generation (DG), solar, wind and energy storage projects. Mr. Jones has 20 years of experience in the design, development, implementation, and management of programs for energy efficiency, renewable energy, EVs and energy management systems. He currently is responsible for the day-to-day administration of the Massachusetts EV rebate program (MOR-EV) and the Connecticut EV rebate program (CHEAPR) and is the Assistant Director for the U.S. DOE Western CHP Technical Assistance Partnership (CHPTAP), overseeing teams that manage approximately 10,000 electric vehicle rebates per year in the Northeast and provide technical assistance to businesses and associations in four Western states (California, Hawaii, Arizona and Nevada). Mr. Jones began his professional career as a project engineer at General Atomics in 1999. Prior to joining CSE in 2014, he owned a startup in Atlanta converting food waste into compressed natural gas and worked for Southern Research and Changing World Technologies in Durham, NC and West Hempstead, NY, respectively, as a Senior Process Engineer working on waste to energy technologies. He earned a Bachelor of Science in Chemical Engineering from Stanford University. 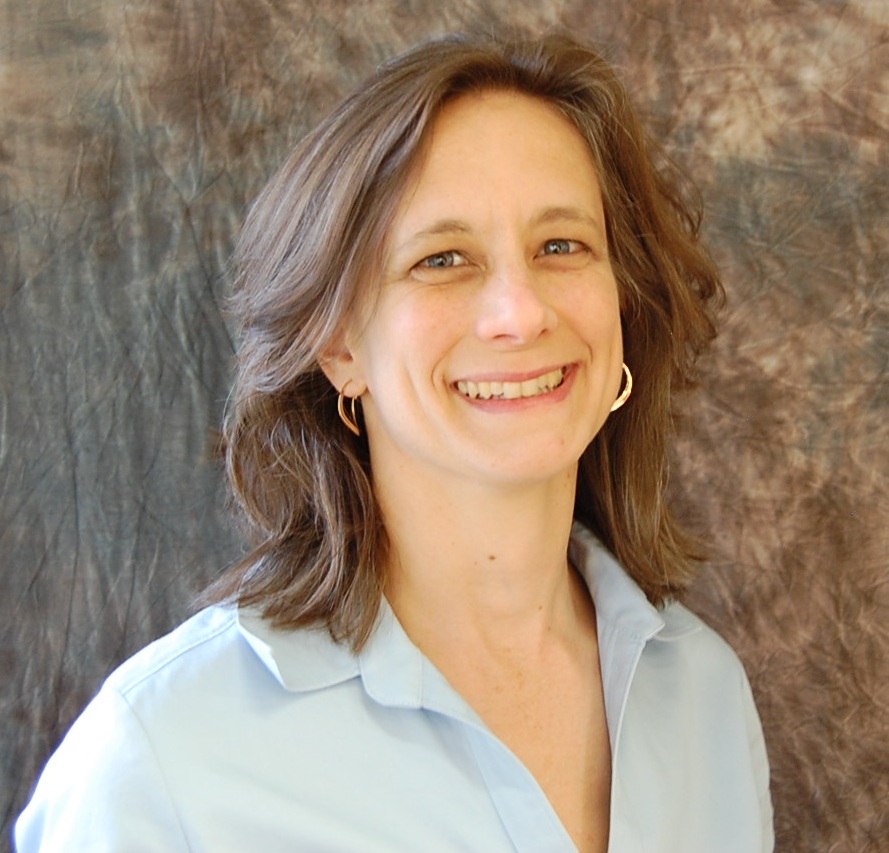 As a member of Somerville Climate Action and as the chair of the city’s Commission on Energy Use and Climate Change, Andrea Ranger has led efforts to promote energy efficiency and clean energy in Somerville for over a decade.  Professionally, she has worked in corporate energy consulting on projects ranging from LEED buildings to assessing clean energy opportunities at Massachusetts’ six military bases.  Prior to her private sector work, Andrea served as the green school buildings program coordinator for the Massachusetts Department of Elementary & Secondary Education helping to develop the state’s first green design and construction rating system for K-12 public schools.   Her background combines grassroots level advocacy with state policy and program experience, helping to connect MCAN chapters’ efforts with state resources.  Ms. Ranger holds two undergraduate degrees: a Bachelor of Applied Science in Systems Engineering from the University of Pennsylvania and a Bachelor of Arts in Biology from Arcadia University.

Mary Dewart is a grass roots organizer connecting people to personal action and partnerships. She was drawn into climate action through her friends, Ross Gelbspan, The Heat is On and Boiling Point and the late Paul Epstein, Changing Planet, Changing Health. Her goals are moving individuals,  communities, Massachusetts and beyond toward 100% renewables and keeping fossil fuels in the ground.  During thirty years of civic engagement she has served as Campaign Coordinator for MCAN’s Climate Action Brookline chapter and is now a board member. With a background in art and public policy, she initiated and collaborated on dozens of projects including Climate Week (starting 2010) now featuring events with leaders from around the state. She also incorporated Climate Week art installations and co-created a giant labyrinth with climate warnings and opportunities at Brookline’s town hall center. She pioneered new ground when she co-founded the Brookline GreenSpace Alliance and served as member of both the Park and Recreation Commission and Selectmen’s Climate Action Committee.  She has been an elected Town Meeting member since 1991. The Massachusetts Commission on Women recognized her commitment and work on behalf of Brookline in 2016. 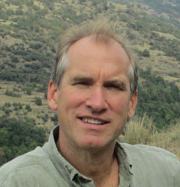 Brad Hubbard-Nelson has been active with ConcordCAN! as treasurer since 2012, and more recently chair and member of Concord’s Sustainability and Energy Committee, where he has enjoyed engaging residents and students towards sustainability.  He made a preliminary greenhouse gas inventory for Concord’s climate planning, and has also focused on technologies for sustainability, especially heat pumps for home and water heating. He recently co-founded MassEnergize, a non-profit with the aim of boosting sustainable action in our communities. In his day-job, Brad is a physicist and designer of portable analytical instruments that are used for alloy analysis, environmental testing and lead paint inspection.  He has taught courses on Earth Science and Climate Change and Our Energy Future through Concord-Carlisle Adult and Community Education, and Practical Electronics at Harvard.  Brad holds a Bachelor of Arts degree from Harvard and a Ph.D. from the University of California, Berkeley. 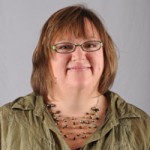 Cindy Luppi is the regional co-director for Clean Water Action. She has led Clean Water's climate program for the last 10 years, including the Northeast Clean Power Coalition which successfully pressed for the clean-up of the region's oldest and most polluting power plants. She helped found the New England Climate Coalition, a network of over 300 organizations all pressing the New England Governors and Eastern Canadian Premiers for true leadership to combat the climate crisis. Cindy is on a number of energy-related and community boards, and speaks nationally on community-based campaigns. 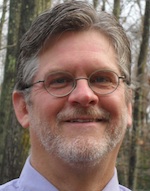 Ted McIntyre has been a member of MCAN since 2003, and helped establish the Franklin Area Climate Team. His grassroots activities include numerous educational presentations on global warming to diverse audiences. Ted is also a physicist, and is currently working to develop advanced equipment for use in the manufacture of computer chips. He holds seven patents and has authored more than twenty technical publications. He lives in Franklin with his wife and son. 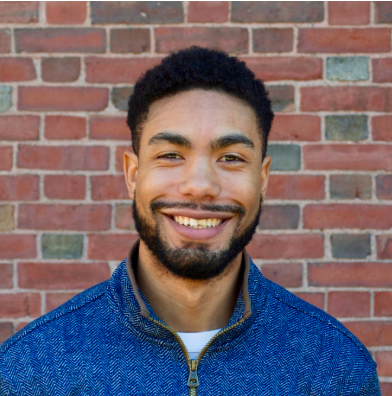 Kai Palmer-Dunning is the Buildings and Communities Associate at Northeast Energy Efficiency Partnership (NEEP) and a grassroots organizer for affordable development in Boston. Kai became interested in the environment at a young age. He officially started working in the field in 2013 as a sustainability and environmental justice educator for an environmental nonprofit called Green Youth Foundation, while he attended Morehouse College in Atlanta. Upon moving back to Boston, he worked for various environmental nonprofits through the MassCEC program. In 2018, Kai landed a summer position at MCAN doing research for the municipal utility report and net-zero building. Through his work at MCAN and the various other environmental nonprofits over the years, Kai has developed a holistic and intersectional perspective on environmental justice and sustainability. He is committed to applying this knowledge to his work on the board, his grassroots organizing work, and eventual career in Architecture and Urban Planning. 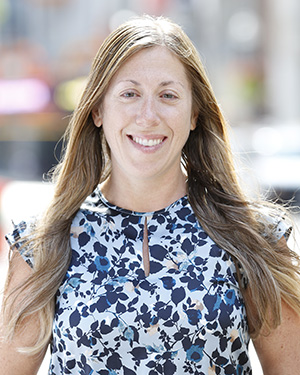 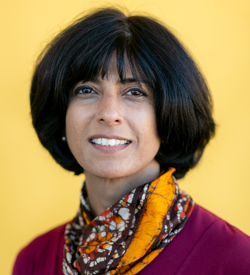 Puja Vohra is the Director of Business Strategy at “Slipstream,” a non-profit that focuses on energy efficiency and renewable energy research and program development. An 18-year veteran in the energy sector, Puja has extensive experience leading energy efficiency and sustainability in the built environment, strategic planning for utility program design, green building technology research, energy codes and policies. Prior to Slipstream, she was a principal analyst overseeing the commercial and industrial energy efficiency portfolio planning for National Grid’s Rhode Island programs. Prior to her utility experience she worked as an energy and sustainability consultant. Puja has a bachelor’s degree in Architecture and a Master of Science degree in energy and climate. She currently serves as a member of City of Newton’s Energy Commission, and volunteers her time at Vibha, a non-profit that provides sustainable educational solutions for underprivileged children.