Arlington's most successful, and environmentally friendly, program has been FoodLink. The program takes food donations, such as pastries and fresh produce, from people who otherwise would have thrown it away. These products then go to non-profit organizations who use them for their events or redistribute them to those in need. FoodLink makes the most of food that would normally have been thrown away by providing it to those who may not have been able to purchase it originally. Since its inception in 2012, FoodLink has redistributed over $900,000 worth of food products that would have been thrown away. In addition, FoodLink allows donors to track their consumption and make changes to ensure they are not wasting more than they should.

Recently the town of Arlington has made substantial progress in the area of waste management. They have implemented a mandatory single stream recycling program, where all recyclable material is placed into one collection truck rather than being sorted before pick up. Single stream takes the burden off consumers and allows people to recycle in a much simpler way. These large collection trucks then take the materials to a sorting facility, where workers and machines sort the materials to be properly disposed. 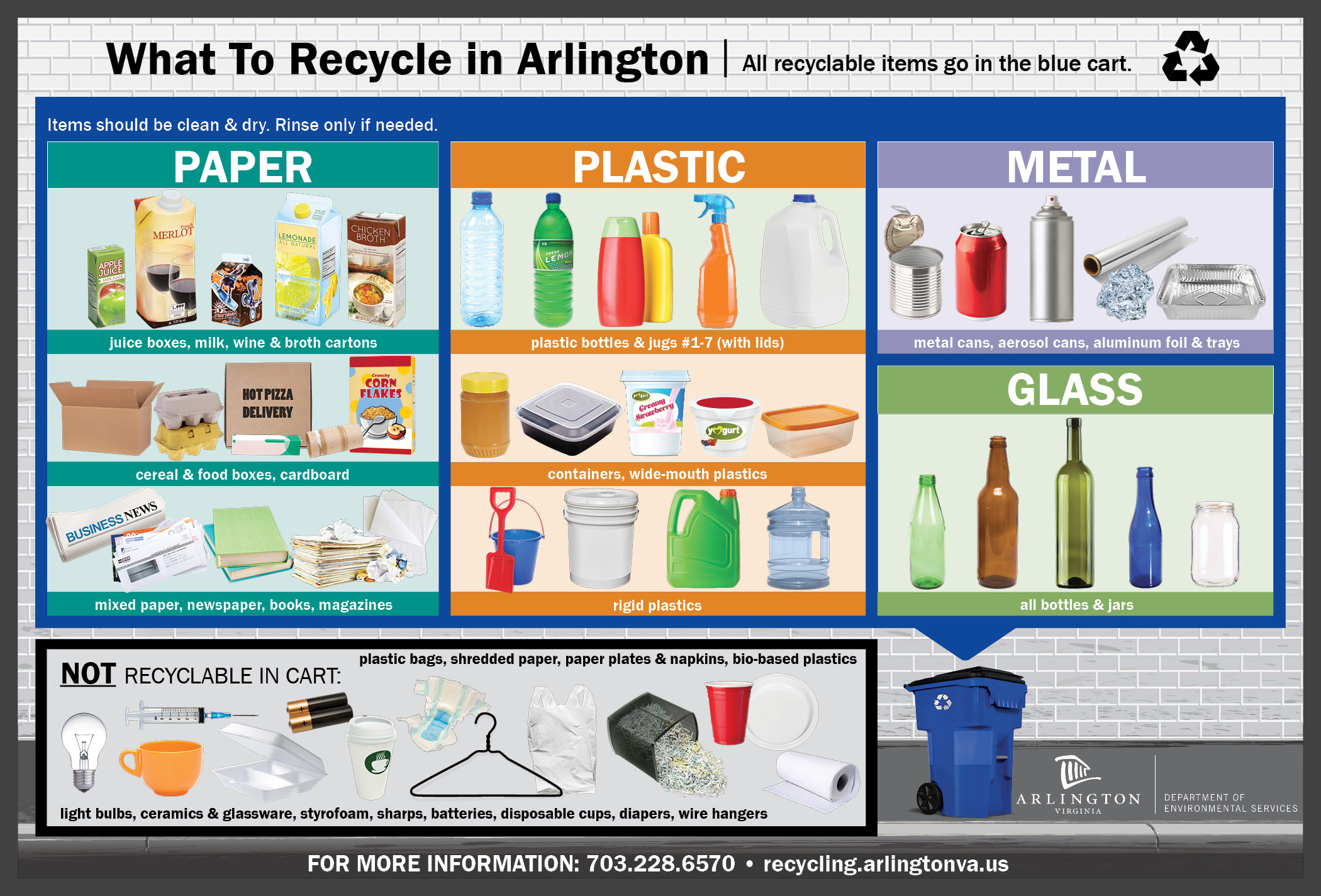