This webinar is presented by MCAN's board member, Sonia Hamel, who attended the United Nation Conference on Climate Change in Paris.

Tune in with us to see what happened at the conference, to see her photos and hear her impressions, and to hear her thoughts on what it means for Massachusetts! 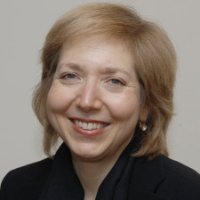 Sonia served the Commonwealth of Massachusetts for nearly 30 years, coordinating air quality, energy and climate protection programs.  Based in the Office for Commonwealth Development, she was the state lead in the development of the highly successful Regional Greenhouse Gas Initiative (RGGI), a regional cap and trade program for the electric sector and wrote and developed the first Massachusetts Climate Protection Plan and launched the national Carbon Registry. Ms. Hamel also served as the Massachusetts Director of Air Policy and Planning for 10 years developing one of the most aggressive air pollution programs in the U.S., with a focus on vehicle emission standards and power plant clean up.